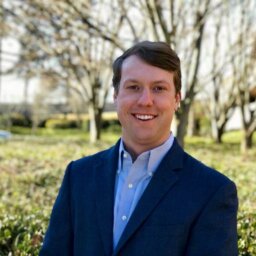 Use Commander’s Intent to Empower Your Team for Execution

You’ve probably noticed the constant stream of articles, tips, and tricks on how to be an “agile organization.” While it may seem like another trendy business practice, the buzz around this topic is merited. Agility is about more than speed and flexibility in decision-making. True agility is achieved by quickly operationalizing the rapid changes you make. The goal of an agile organization is to swiftly create change that’s lasting, sustainable, and efficient before zooming ahead to new unexplored ideas.

Maintaining change might be the single most important capability that sets your organization apart from the rest.

Change management, process improvement, and operational excellence are often written about theoretically with little attention focused on the practical “how-to.” As a result, implementing optimization practices can seem overwhelming. The most tangible and effective best practice to mobilize stick-to-it-tive-ness (without reinventing the wheel) is to unlock capacity before anything else.

Think about the last time your manager gave you a new assignment – a new project, initiative, or even a simple task. What project did your manager take off your plate to create the bandwidth you needed to work on the new assignment?

If your manager forgot to mention what you should stop doing to start on the newly prioritized project, you’re not alone.

At the crux of unlocking capacity is to practice addition and subtraction when resetting priorities.

Your resources are only productive to a certain point. It’s like trying to pour 16oz of water into your 8oz glass. If your goal is to grow stronger bones, pour out the 8oz of water and refill it with 8oz of milk. You can’t expect to keep piling on ineffective projects in lieu of focusing on fewer, more impactful initiatives and expect your team to magically become twice as productive (plus, no one likes watery milk).

Unlocking organizational capacity is key to maintaining change. Without permission to let go of old processes to make way for newer, better ones, your team will end up exhausted, running a race with a moving finish line.

The concept of unlocking capacity was surfaced via CEB’s “Growth Unlocked: Closing the Strategy-to-Execution Gap” 2014 research. I was working in CEB’s Strategy & Innovation Practice group, supporting senior strategy leaders at the time this research was unveiled. I remember the reaction my clients had every single time – “It’s so simple and it makes so much sense!”

As business gets more complex, we often lose sight of foundational tenets. Yes, unlocking capacity is simple, but reprioritizing resource management can itself be a game-changer in change management.

This is, however, much easier said than done. The challenge stems from the tension created between the deeply rooted industrial values that have primed us to take on and do more, more, and more with no end in sight…and our limitations.

The existential question that then needs to be asked is, are we demonstrating value by the sheer volume of work we produce, or instead by the outcomes we achieve?

In her work (notably Daring Greatly), researcher Brené Brown highlights our society’s tendency to treat exhaustion as a status symbol and productivity as self-worth. It’s a toxic currency and one that blinds our business decisions.

By introducing the element of subtraction into plan execution, the chaos of our internal narrative is simplified; we can reframe our perspective to see subtraction as a positive space, rather than negative. A reduction in the number of battles we must endure – constantly making tradeoffs and re-prioritizing – makes room for more effective initiatives that we can now build into our everyday processes and goals.

The practice of addition and subtraction doesn’t stop at the individual. Providing clear guidance on what the organization must stop doing to make room for new processes is exactly how Jack Welsh reinvigorated General Electric (GE) when he first took over as CEO.

Jack assessed all of GE’s divisions and decided to sell the parts of the company where GE wasn’t ranked first or second in market share.

Yes, this included highly profitable multibillion divisions where GE was fourth or fifth – an established piece of the pie.

However, because of this seemingly cutthroat decision, GE was able to focus energy and attention on the divisions that yielded the biggest returns and thus entered a new era of company success.

Organizational Capacity is the Key to Maintaining Agile Change

Whenever you introduce something new, you must take something away. Unlocking capacity by introducing addition and subtraction when resetting priorities is a simple yet effective exercise that you can begin to leverage immediately, even if it’s just within your team or department. If you can implement this concept across your business, you’ll soon see enhanced execution effectiveness, as well as an increase in employee engagement.

Maintaining change is the difficult part of operating as an agile organization. Pivoting quickly between initiatives and adapting to constant changes can be overwhelming. By committing to unlocking capacity, you can help both 1) quickly prioritize and concede existing projects to make way for new ones, and 2) remove old processes to free up resources to maintain the new changes proven effective by agile project completion.

Should You Use the Balanced Scorecard Framework?

The Importance of Conducting a Retrospective on Your Business Plans

Join other strategy leaders to problem solve, network, and bridge the gap between strategy & execution.

The Difference Between Goals, Objectives, Strategies and Tactics

Everything You Need to Know About SMART Goals

HEAR DIRECTLY FROM OUR AWESOME CUSTOMERS

SEE FIRST-HAND WHY THE WORLD'S BEST LEADERS USE ACHIEVEIT

Hard Goals vs. Soft Goals: How to Get From Where You Are to Where You Need to Be in Business

Stay in the know. Join our community of subscribers.