Success Strategies for Failing Up

Success Strategies for Failing Up

I am always right. Or, at least, that is what many of my friends and family would have you believe that I believed. “Ashley, you just hate to be wrong,” is a sentence that I have heard more than once in my life. To which I reply, “Yes. Of course. Who likes to be wrong? Is there someone out there waking up each morning thinking to themselves, ‘How can I be wrong today?’”

Regardless of the size of your organization, as an effective leader and project director, you are forced to make decisions every day. And I’m betting your current set of success strategies didn’t come as a result of you spending a lot of time doubting your every move. In other words, you probably don’t like to be wrong, either. But here is another generalization for you: if you are a human being, then at some point, like it or not, you have made a mistake. I have some good news, though: While I cannot teach you how to be perfect, if you keep reading, I promise that I will help make being imperfect a whole lot better. To do this, we are going to learn success strategies that show us how to:

The next time you find yourself having to do the unthinkable and admit that maybe, just maybe, you didn’t accomplish that thing you said you’d accomplish, don’t get upset. After all: Mark Suster wrote an article discussing ways that startups can reduce the chance of failure. However, he is specifically talking about predictable failure. 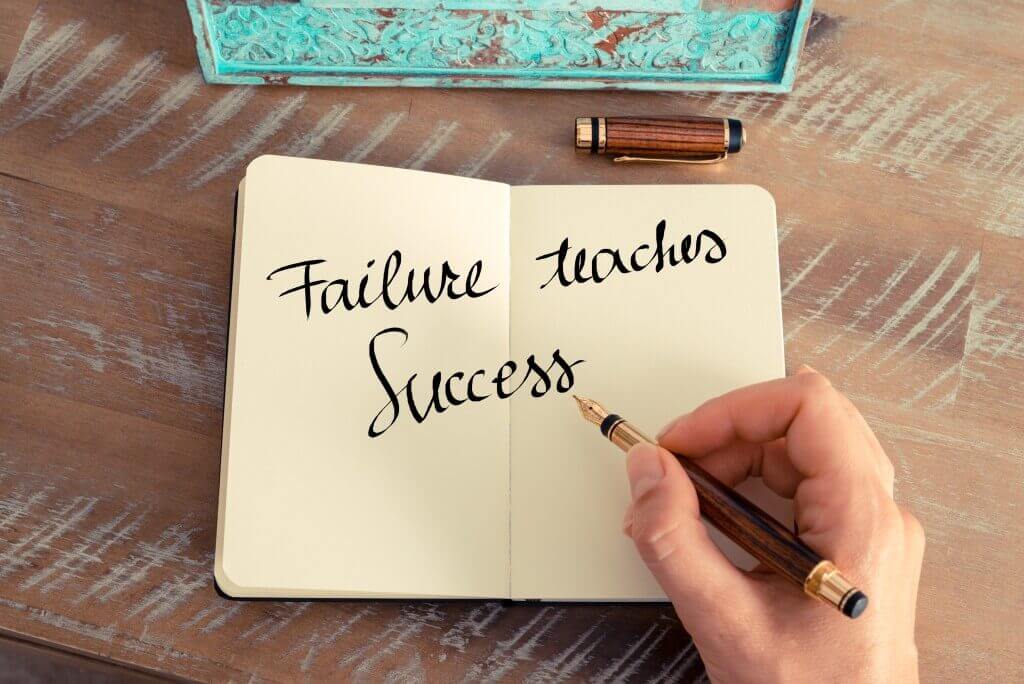 In fact, before he gets into the steps to reduce failure, he states, “Trying outrageous new things or even trying mundane things but in new ways but with extreme quality and innovation is what fuels the tech startup industry (emphasis added.)” He also says that, “we applaud the efforts of entrepreneurs to have tried, and we know that today's failure can bring the experience for tomorrow's success.”

Failure shows you who you are (or who your company is.)

In 2008, Rowling gave Harvard’s commencement address. In it, she discussed the benefits of failing. After discussing her own, epic failure, she said these words: “failure meant a stripping away of the inessential. I stopped pretending to myself that I was anything other than what I was, and began to direct all my energy into finishing the only work that mattered to me. Had I really succeeded at anything else, I might never have found the determination to succeed in the one arena I believed I truly belonged. I was set free, because my greatest fear had been realized, and I was still alive.” With this point, Rowling was referring to personal failure. But it actually applies to a corporate failure as well. On an individual level, when you make a mistake or fail at anything, from an entire business venture to an individual project to a leadership style you tried with your team, you now know something that just will not work. This means you are one step closer to finding that perfect style, method, or fit that is just right for you. Think of it like being Goldilocks: you have to try the chairs that are too big and too small in order to know when you have found the one that is just right. At the company level, it is the same. Sometimes moderate success strategies makes us think we are on the right path. With it, we are much more willing to accept the status quo. However, the status quo should never be accepted. When we fail, we are forced to reevaluate. Instead of settling, we have to regroup. It is this shake up that could lead us to our greatest potential. 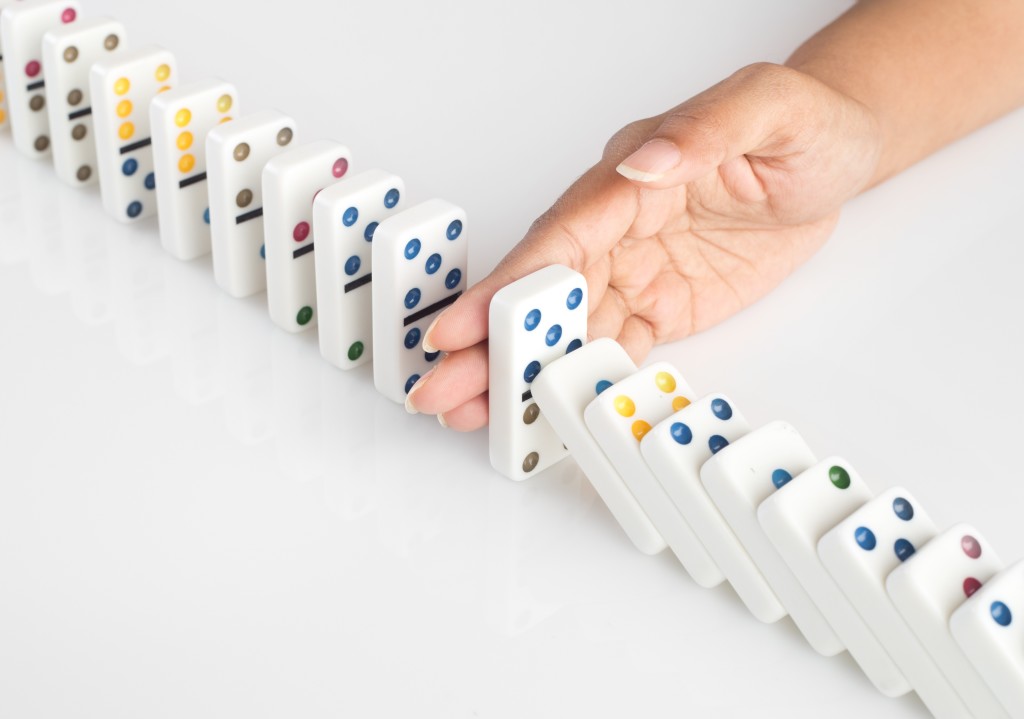 The earlier you catch a mistake, the easier it is to

In an article for Inc., Art Markman pinpoints three ways you can easily figure out when to throw in the towel on a project – including figuring out the value of success in relation to the cost of achieving it. These tips are not the only ways you can spot that your project isn’t working before it becomes too late, though. In Mark Suster’s article referenced above, after he recognizes the benefits of failure, he discusses the common problem he sees with predictable failure: a lack of planning. In order to avoid the unnecessary effects of a project gone wrong, you need to take the time to adequately plan out what you are doing and how you will do it. Once you have mapped out your plan, you need to execute it and monitor and test its effectiveness. Let’s say that you create a great three-year strategic plan for your company. Which do you do now? No matter which choice you made, you technically failed at what you were trying to do. However, which of these fails do you prefer?

Listening Isn’t Just for the Listened to

People like a good listener. However, learning to become a good listener doesn’t have to be all altruistic. Keeping your ear towards your employees lets you pick up on potential problems before they become huge. Think about this: Who is likely to notice something wrong first: the frontline employee working on the ground floor day in and day out or the executive who is viewing the project from a higher, more overreaching level? The correct answer, in general, is the frontline employee. That is why accepting and following through on feedback is so great. It is also why you should let your employees in on your plans, goals, and initiatives.

Once you have found a potential area of concern, the next thing you need to do is learn how to fix it.

As Bloomberg points out, “leaders are always course-correcting.”  When you find something is not going the way you expected, that is the time to utilize a course-correction. Sit down and do a deep evaluation of what when wrong, why it went wrong, and what you can do to fix it. This is where that monitoring and analytics comes in handy once again. The more organized and detailed your processes, the easier it is to pinpoint that exact place that you hit a snag. When you can perform that pinpoint, it becomes much less of a chore to fix. In addition to tracking goals and outcomes, aligning your teams around strategic objectives allows for the visibility needed to pivot when necessary.

Why History Is a Subject in School

History is taught so that we can learn from the past. However, you don’t have to study Alexander the Great in order to get your history lesson in. Just look at your own history. The lessons you learn from everything you do in life help guide you towards your future. In a keynote address at the Carolinas Society for Healthcare Strategy and Market Development’s spring conference, Nate Kaufman discussed some of the problems businesses have with their strategic plans. He mentioned that companies sometimes have ‘therapeutic illusion,’ which makes them think their plans are better than they actually are. He implored companies to look for other options before determining a plan is a success. In fact, you should not be looking only for successes. Failure to track failure is one way to build up your confidence in a faulty plan. In other words, it is not enough to look at your successes and think you are doing great. You also have to look at the areas where you are not succeeding. Only then will you be able to truly measure how your strategic plan is doing and whether it is going to lead you towards the future that you want. Similarly, in a joint article by Vijay Govindarajan and Hylke Faber for the Harvard Business Review, the men discuss why the life expectancy of a company on the Fortune 500 list has shrunk over the last half century from 75 years to a shocking 15 years today. They came up with a three-prong approach to avoiding this statistic. One of the three steps is to be willing and able to shed the past. 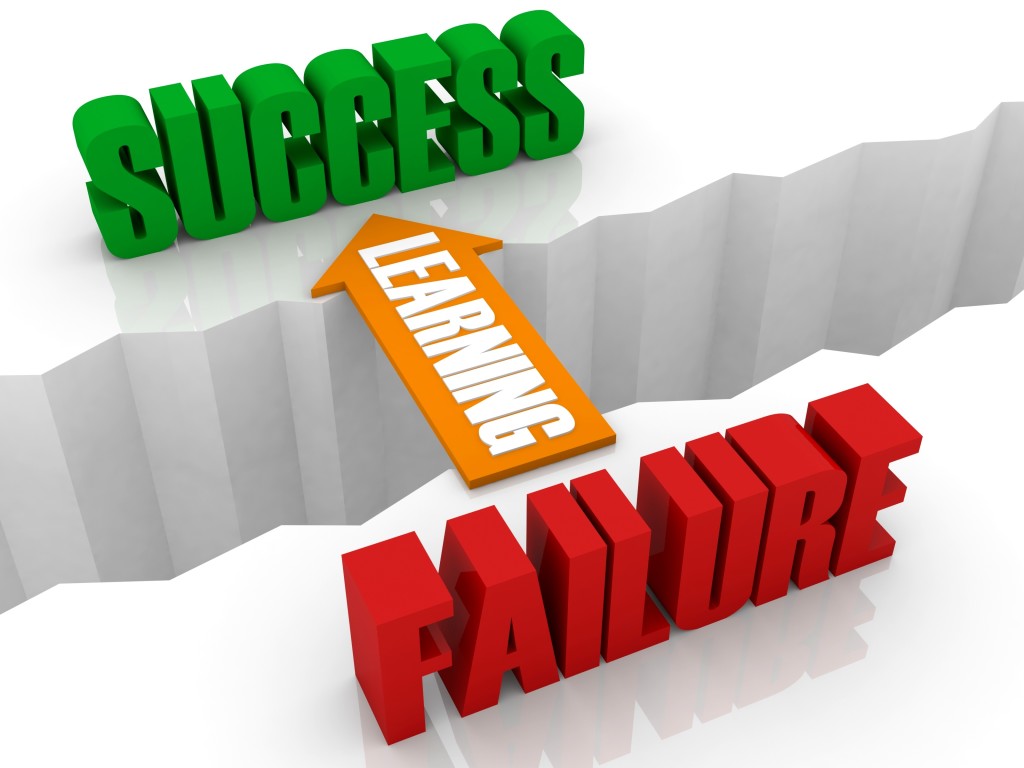 Sometimes a mistake is big enough that it warrants an actual apology. That too is okay, though. According to Forbes, an apology might actually help save you money and help you recover from a mistake faster. The problem is, however, that you need to apologize the right way in order to have this be effective. In another Forbes article, Amy Morin discussed an upcoming study that shows the right formula for an apology. While I recommend you reading her article, here are the six parts in a nutshell: In addition to using a few pieces from the above, Morin also quotes a study saying that stock prices seem to actually go up after a leader delivers an apology while looking sad.

In that same Harvard speech on failure, J.K. Rowling went on to say, “It is impossible to live without failing at something, unless you live so cautiously that you might as well not have lived at all – in which case, you fail by default.” At AchieveIt, we often define failure as a lack of execution, not the unexpected outcome. In other words, you fail if you do not plan and effectively follow through – not simply because the outcome was not preferable. Everything you try is not going to work out, and to an extent, that is a good thing. However, monitoring and tracking the execution of your plans is not only the best way to see success, it is the best way to find problems as soon as possible. Check out the AchieveIt Execution Management Platform to find out how we can help you manage and monitor your strategic plans.
Categories