Robots and the Workplace: The Past, the Present, and the Future

Robots and the Workplace: The Past, the Present, and the Future

A few years ago, I sat through a webinar on robots in the workplace. One particular example of robot technology was this very 80’s teen movie-looking robot who helped companies out by interviewing potential employees. My reaction was pretty immediate: I don’t care how much time I have spent in my life talking to the TV and other inanimate objects, there is no way I could talk to that thing in a serious manner, thus there is no way that I could get a job at a company who used such technology. I showed everyone the picture of the ‘roboterviewer”, and pretty much everyone agreed with me. But guess what? The future is coming, and with it, at the center, you will find advanced robotics and Artificial Intelligence (AI) technology. [Tweet "The future is coming, and it's bringing robots."]

Keeping Up With the Times

If you want your workplace to keep up with the times, then at some point you might find yourself incorporating this technology into your corporate strategy. Although having ‘robots at work’ is a funny concept to consider, it’s not really that far-fetched of an idea. Let’s take a quick look at robots in the workplace: Then, let’s discuss just what you need to do to plan and prepare for their presence.

A Brief History on Robotic and Artificial Intelligence

From early robots to android-bots on social media accounts, robotic and AI technology has been a part of our business and pop culture for a long time. While some of this tech has been incredibly successful, others have been complete failures. As I discussed in an earlier post, though, that does not have to be a bad thing. A lot of these earlier “failures” actually have and will continue to lead to the future of AI and robotic technology in the workforce. However, in order to best see the current state of this technology, it is a good idea to first examine a couple of the more recent failures.

A restaurant in China took to using a robotic wait staff in order to save on the cost of waiters. The robots, which have a Rosie-from-the-Jetsons-type look, cost about $9,400 each to operate. The robots could move, take orders and even talk to customers in a limited fashion. Yet this goes under the failure column. The robots could not carry heavier items like soup, pour a customer water or properly communicate. Plus, despite the projected low figure, employees actually ended up costing less. In the end, the experiment was so unsuccessful that two restaurants had to be shut down completely.

Robots might be starting to take over basic writing and social media jobs. Only, in large part, they aren’t necessarily doing a good job of it. Take, for example, Microsoft’s Tay. The Twitterbot was designed to use interface from real Twitter users in order to then send out relatable Tweets. However, as people on the internet are sometimes not that great, Tay’s evolution into one was pretty embarrassing for Microsoft. Tay quickly turned into a very racist character. Another Microsoft invention is the CaptionBot, who will caption pictures automatically. The only problem is it has been pretty bad at it. It would be sad if it wasn’t so funny.

The Current State of Robotic Technology in the Workplace

For every failure, though, you can find many more success stories. Robotic technology appears to be everywhere in today’s business environment from production lines to computers to automated checkers at grocery stores. However, here are a couple of big areas you might already be seeing them in your day to day life. 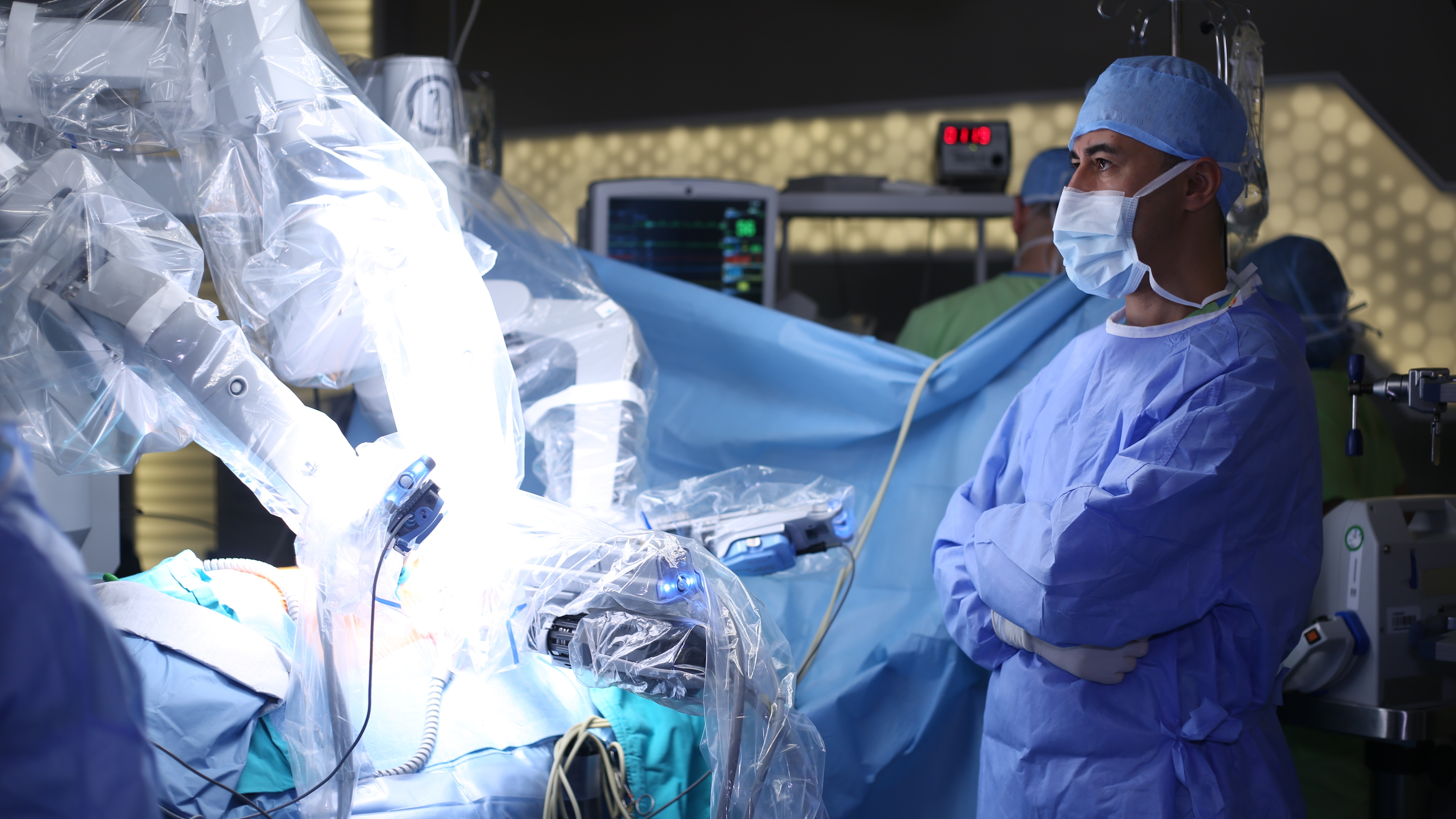 [Tweet "Robots have a large presence in the healthcare field."] 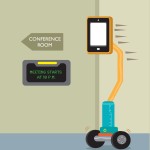 A telepresence robot has the body of a robot but the head of your employee – on the screen of a monitor that is transferring from the home offices of workers all over the country. The robot travels the office so that the virtual employee can feel like he or she is really a part of things.

Studying the AI Technology of the Future

What all of this shows, though, is this: the workplace of the future will have more and more of this technology. In fact, the robot expo in New York City showcases many of the companies out there right now building the robots of tomorrow.  Catherine Clifford summed up five of the startups in this field in her article for Entrepreneur. Here are some more:

Researchers at MIT’s Computer Science and Artificial Intelligence Lab have been working on a way to use human-robot emergency response teams, as well as other human-robot teams, or multiagent systems. They estimate that such services could cut the cost of communication time down by 60%. As Sam Shead discusses in an article for Business Insider, MIT also claims to have recently built a robot that can detect up to 85% of cyberattacks – as long as it is working with a little human help. The scientists and engineers at MIT are working hard to make the future of robotics the present in as little time as possible, so do not be shocked to find this technology here sooner rather than later.

Every year, NASA holds a competition for university students to build mining robotic technology so that one day a robot can walk on the moon or any other surface, regardless of the weather or surroundings.

Because the healthcare industry needs to be so precise, it should be no shock to see that, despite how much healthcare already uses this technology, they are always working to improve. For example, Jason Shafrin, writing for Healthcare Economist, talks about how soon cancer detection could be done by machine learning algorithms. What this could end up meaning is that eventually required cancer reporting could become a lot easier. Every doctor must report cancer cases to state registries, but because of busy schedules, this is often easier said than done. When this technology becomes available, scientists think that not only will cancer be able to be spotted faster – because the algorithm will be able to quickly cut through the text to spot the heart of the problem – but that also, it will be able to be quicker and easier to report it to the right people in the correct manner.

Will a Robot Really Steal Your Job? 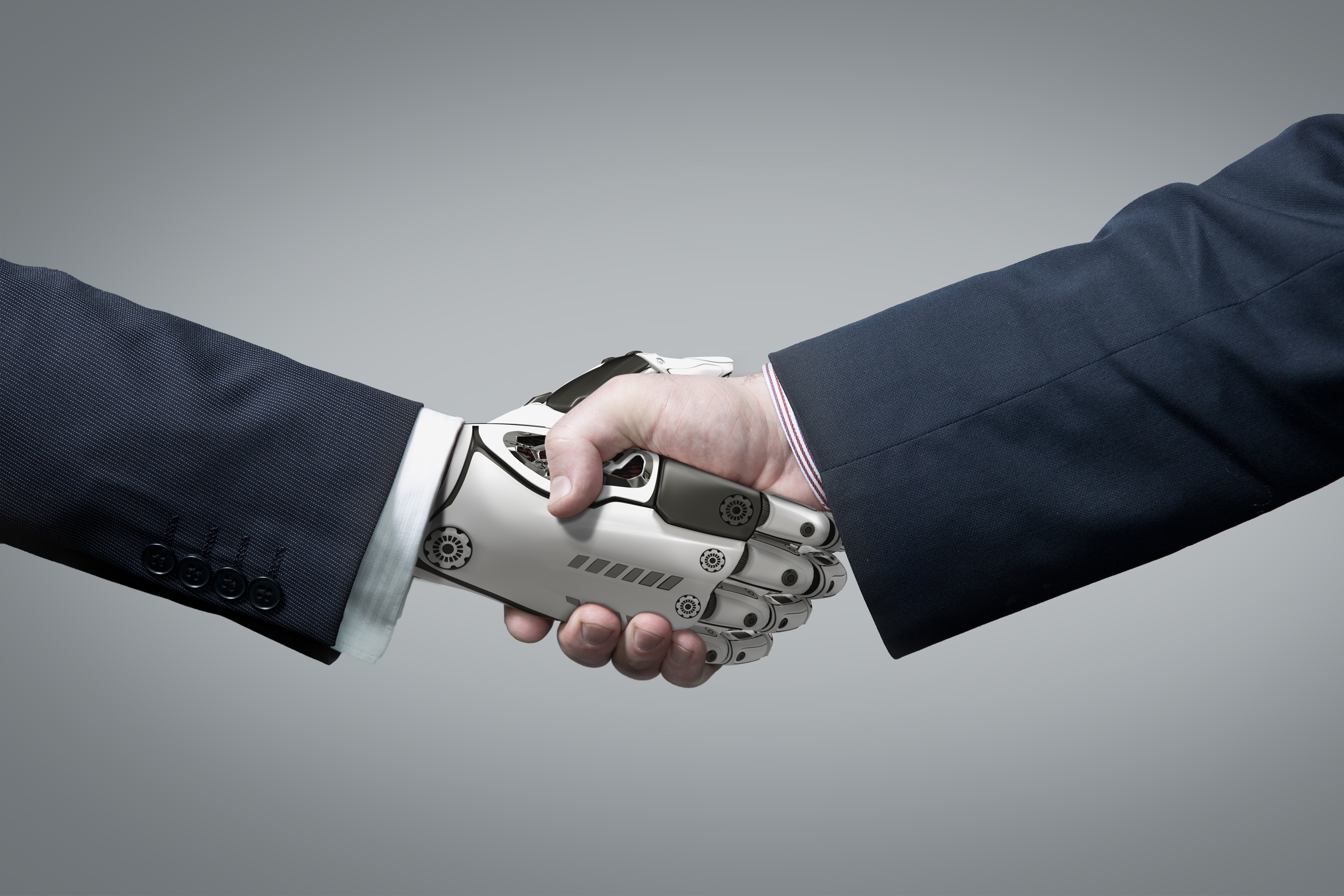 “Robots are stealing our jobs!” It is a line you have probably heard before on TV or in the movies. But is it true? In order to really prepare and plan for your company’s future, it is a question you might find yourself having to answer. [Tweet "Will a robot really steal your job?"] According to most experts, the answer is it depends. Milestone Entertainment president, Robert Terek, says that the future holds a world where “everything that can be automated, will be.” However, he goes on to say that his statement should not alarm anyone. Having tasks that can be automated performed by AI, Terek says, will only clear up employees’ schedules to focus on more interesting tasks. However, jobs that are fully automated might eventually be extinct. To illustrate this, he uses Uber. Uber drivers report to an automated system in order to find the people looking for an Uber ride. As self-driving cars become safer and more reliable, though, Uber will eliminate the need to hire drivers. In fact, this is something that they are already working on. MIT agrees that robots are more likely to take the jobs that people do not want anyway. They also may be able to take more dangerous jobs. So in a sense, some jobs might eventually be taken over by robots. However, that is something that will gradually occur over years. In other words, there is plenty of time for scared workers to learn new skills that require more cognitive reasoning and that are less likely to be taken over by a machine. Others emphasize the likelihood of the loss of certain types of jobs and use it to show the importance in investing in vocational training so that displaced workers do not have to be scared of completely falling from the workforce.

Strategic Planning and Execution of Robots and AI Technology

The future is coming, and it may be time to start considering how you may implement or begin easing into this emerging technology to facilitate productivity and optimize results. Like any new initiative, this starts with a thorough strategic planning process and ends with the effective execution of those plans.

Adding robotic and AI technology to your workplace can be incredibly helpful in making your business run more smoothly. But like every aspect of your business, robotic technology in your workplace will run much more efficiently and productively if you take the time to plan its use and then execute tasks against that plan. Strategic planning and execution solutions like ours helps you plan, manage, collaborate and report on the strategic initiatives that matter to your organization.  For more information about how strategy and execution tools can help you align teams around your goals, take a look at our AchieveIt Execution Management Platform.