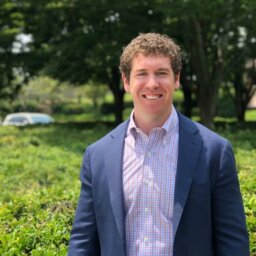 Leaders create and implement strategic goals because they want to enhance existing processes or improve current performance levels. SMART goals are among the most popular methods for business leaders to managing towards those targets. You don’t hear many senior leaders mentioning them to the press or on results calls. But if you read between the lines, you can see real world SMART goal examples everywhere. You just need to know what they look like.

Before we talk about one such SMART goal setting example involving General Motors, let’s do a quick SMART recap. To begin with, the first step in goal setting for any manager is to evaluate the current state of your business. After all, it’s much easier to define where you want to go once you know where you’re starting from.

Keep in mind, anyone can set amorphous targets for where they wish to go. Truly seasoned leaders set specific goals and then they implement a system to ensure their achievement. SMART goals are just one of many goal setting systems. But it’s a good one and an easy way to start for most organizations.

Whatever platform you choose, you should know the true challenge in goal setting is to do so in a way that will align teams around common objectives. This may sound simple, but the reality is some of the most talented people I’ve worked with are very aspirational, so often there’s a gap translating their aspiration into results.  It’s not due to a lack of effort, it is simply they lack a system that transforms their aspiration to action. The SMART methodology serves a starting point for such an action oriented system. Which reminds me of a few key SMART goal example rules to keep in mind.

SMART Goals In The Real World

OK let’s take a look at SMART goals in action in the real world, in a story heavily covered by the media over the past months; the ongoing turnaround at GM, and strategic plans laid out by CEO Mary Barra to correct their course.

As mentioned, it would be uncommon for a leader like Barra to mention the use of a SMART goal strategy; at a certain point the thinking becomes innate. But if you read about their plans, you can see the SMART goal structure in the framework.

I’ll note in advance AchieveIt does not currently work with GM; though we’d welcome an opportunity…

So this past fall, new GM CEO Barra was put to the test leading the car maker’s response across a number of major successive issues involving product quality and profitability. At a heavily scrutinized event, Barra outlined their strategy and plans to deliver against a myriad of issues.

Here is where the SMART thinking shines through; starting with goals that, while on the surface sound a bit general, include a number of SPECIFIC objectives including:

With goals as ambitious and broad ranging as these, the measurements applied to them can sound as equally broad but if you delve into the numbers you will find greater detail regarding GM’s goal of being “the world’s most valued automotive company,” a measure that includes customer satisfaction, quality and multi-year financial results.

Can they do it? Not for me to determine, but it is possible. But the goal of being “the world’s most valued automotive company” is certainly achievable. Though I suppose that might put them into the BHAG (big, hairy, audacious goals) space, but if you are going to aim, you might as well aim high. As Barra herself noted, they can “no longer confuse steady progress with winning.”

It is also clear the entire GM leadership team knows the focus needs to be on their brand (and in turn their goal) relevance; if they are going to “earn customers for life and create significant shareholder value in the process,” they will need to deliver on their desire to introduce new lines of compact and midsize vehicles that get wows at the consumer level. And that saves a lot of money – they hope to save close to $1B a year with smarter purchasing – which would win them a lot of fans on Wall Street.

And not to forget the other essential relevant audience – their own people – Barra noted they want GM to be “a company where employees go home enthused” every day.

Finally, there is the issue of goals being time-bound and here again, it may be a bit audacious according to the press, but GM stated their goal was for their North American operations to achieve a 10% pre-tax profit margins by mid-decade.

Whether or not GM can deliver against their strategy is not up for debate here; for a company that was recently referred to as the Google of an earlier era, we merely wish to use their commitment to their turn-around as an example of SMART goals in a real world setting. Worth noting that, while they may have at one time been like Google, they are far more likely to be using SMART goals than they are Google’s own OKR goal setting system which we’ll address in coming posts.

Curious if you have other ideas for real world SMART goal examples, share them please if you do. And best wishes with your own goal setting process, happy to help you deliver on them as you move ahead. Achieving results is after all our business.

BTW, anyone have Mary Barra’s number?

AchieveIt is the platform that large organizations use to get their biggest, most important initiatives out of the boardroom and into reality. Too many great ideas never quite make it across the finish line, because there’s no real way to keep everyone on course and keep everything on track. What does it take to actually guide these initiatives all the way through to completion? You’ve got to:

That’s why everyone from global corporations, to regional healthcare systems, to federal agencies have turned to AchieveIt for their Integrated Plan Management. Let’s actually do this.

The Basics of OKRs: What You Need to Know