Don’t Be a Three’s Company: Misunderstandings at Work Aren’t Funny

Don’t Be a Three’s Company: Misunderstandings at Work Aren’t Funny

The Follies of Being a Three’s Company

When said misunderstanding involves a half-hour TV show about somebody overhearing something being said in the kitchen that sounds completely different than what is actually intended, it is funny – depending on your comedic preferences. On the other hand, when a workplace misunderstanding deals with that important business deadline being missed because nobody knew what they were supposed to be doing, then you’ve got a problem. Failures in the workplace don’t have to be catastrophic. However, when things don’t work out for you, you want it to be because you tried something new and brave that just didn’t pan out or because of factors out of your control. You do not want to fail because of easily avoidable misunderstandings. Leave the Three’s Company antics to the comedians, and make your company one where misunderstandings are few and far between. How? Keep reading.

Types of Misunderstandings at Work

Imagine you are running a meeting, and you are discussing the big project coming up. You tell your development team to make sure they get through with the new prototype by June. You think that’s clear because nobody asks questions, and you end the meeting. However, what you don’t realize is that, of the three developers on the team, each one assumes another will take the lead. Not only that, but you meant the prototype should be done by the time June rolls around – meaning it should be finished by May 31 at midnight. The developers thought you meant as long as it was done in June, it was good. Which gives them until June 30 at midnight. You see how this situation is rife for misunderstandings? But let’s not look just at hypotheticals. What are the common reasons companies have misunderstandings and miscommunications on projects? To find out, I did some research. 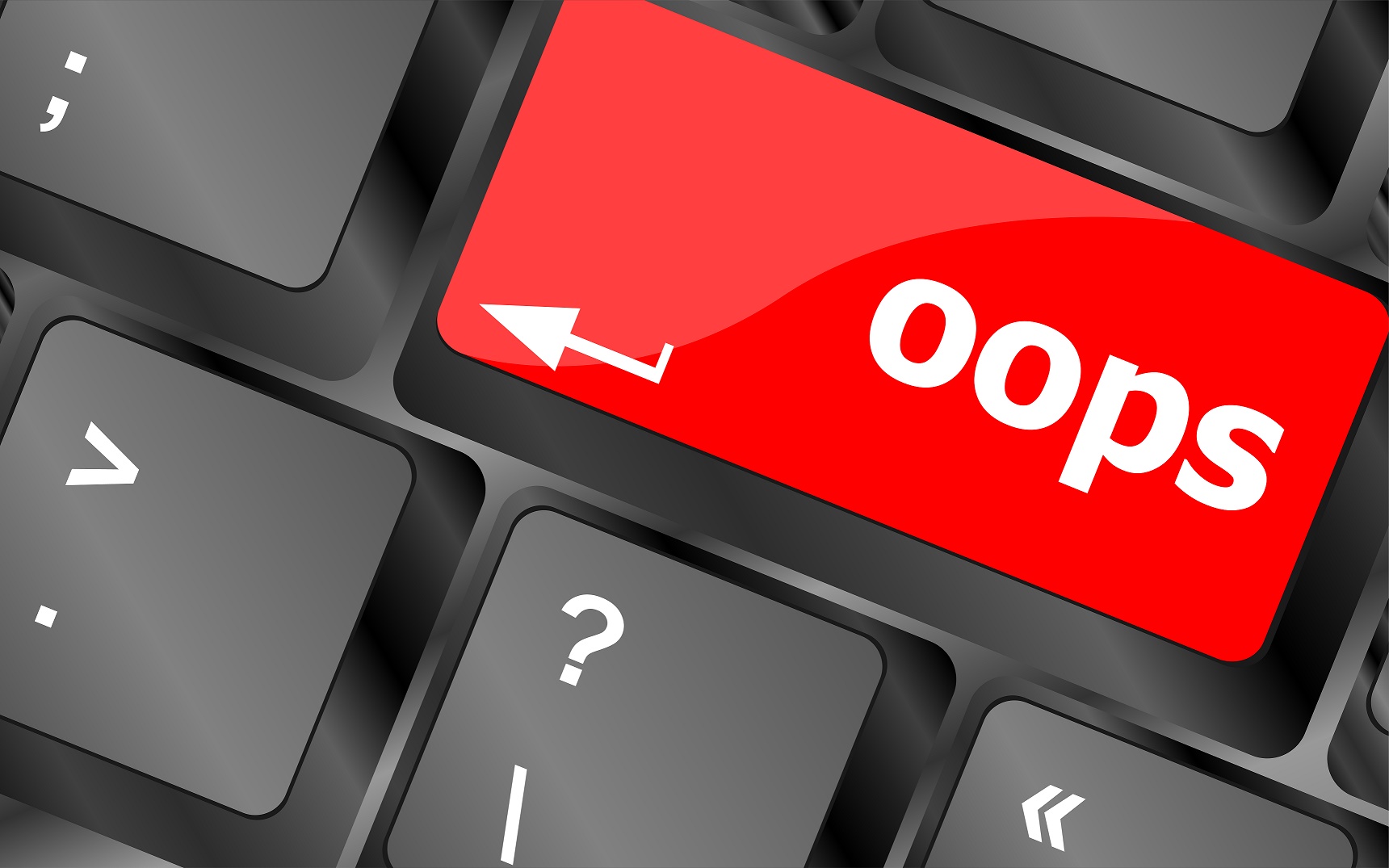 In an article for CIO, Brad Egeland wrote about three main reasons projects face misunderstandings: This is similar to another article I found, this one on Project Management, where Roseanne Lim writes about the 10 biggest reasons projects fail in general. Several of her ways correlate to a problem with misunderstanding – and I could probably make an argument that all of them do. However, for starters, look at these: To give you some numbers to go with these statements, Wrike’s “Complete Collection of Project Management Statistics 2015” has an entire section on project failures. Here are some of their stated reasons, with percentages, on why projects fail: Between these articles – and any of the others I could recommend to you, you should see that misunderstandings are a major theme when it comes to failed projects.

The Cost of Misunderstandings at Work 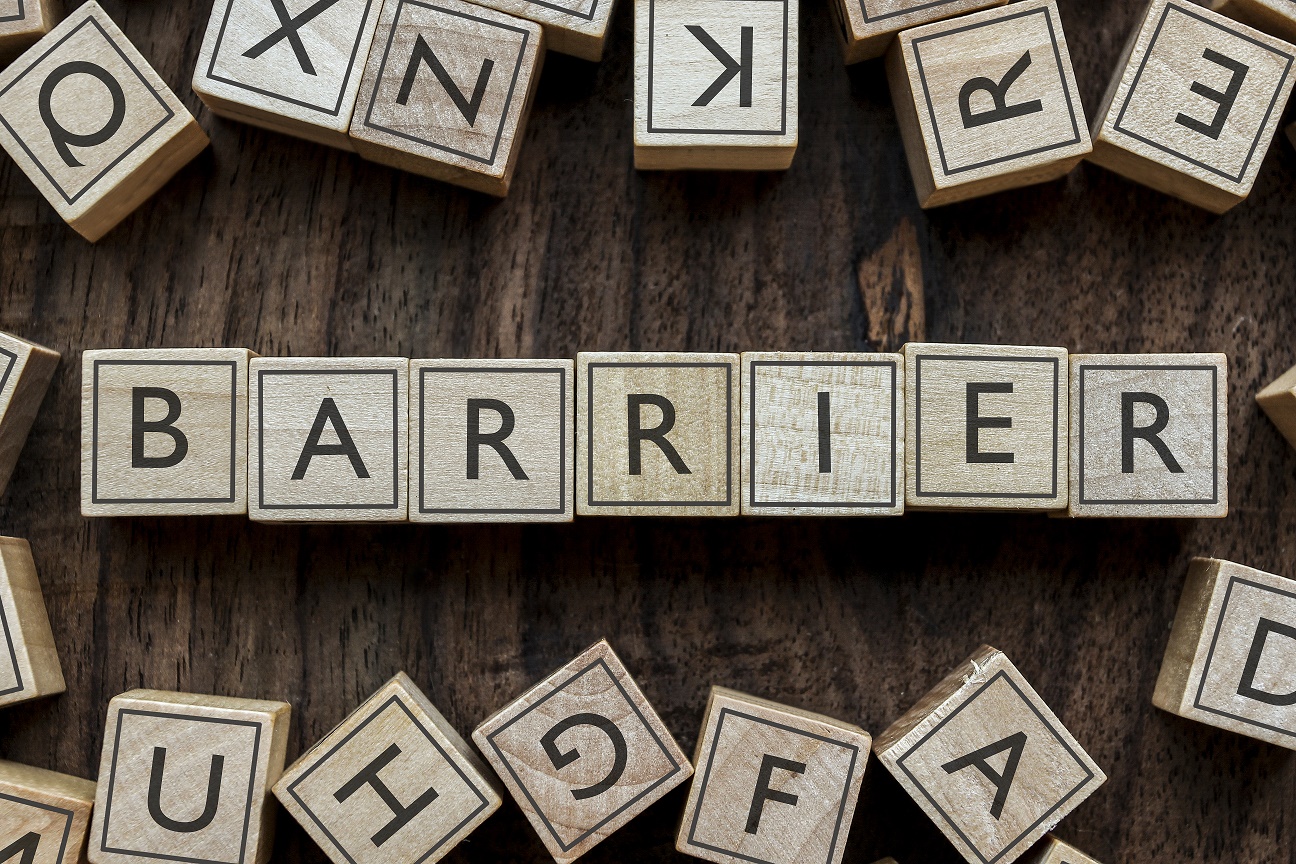 So now that we are in agreement that misunderstandings can and should be avoided at all cost, let’s discuss just how we can do this. For starters, here are five tips: 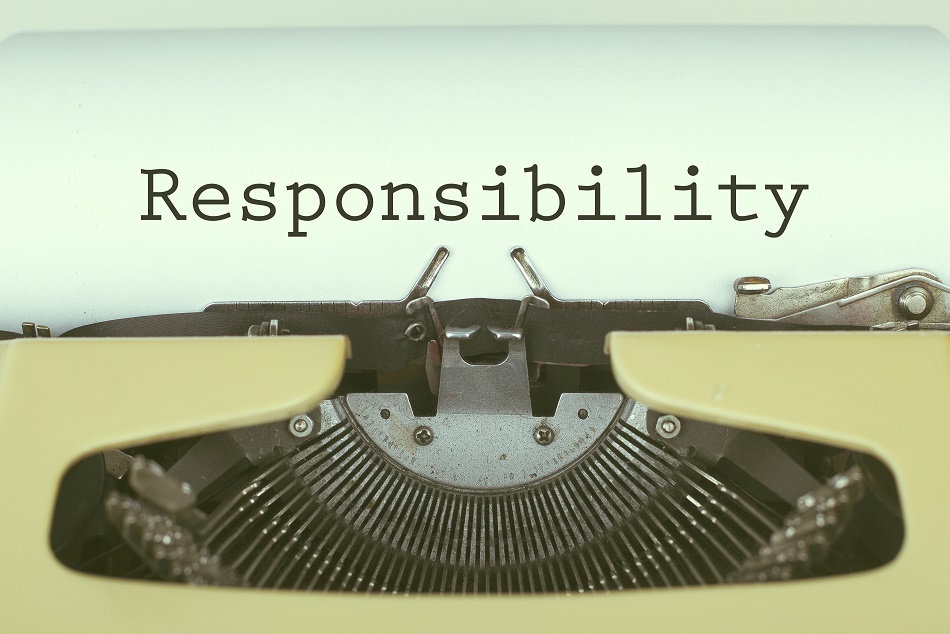 On TalentCulture, a popular blog in the HR industry, Sean Pomeroy discusses why accountability is so important: in order to learn from your mistakes, you have to be able to admit them. It is easy to fob off responsibility. “Oh, I didn’t get that assignment done on time so I hindered the whole project? Well, that’s because I didn’t know I was supposed to do it; I didn’t know when it was due; I didn’t have the resources I needed to accomplish it; I…” You get the point. As Pomeroy points out, in a survey conducted by the American Management Association, it turns out that 11% of respondents think that 50% of their employees avoid taking responsibility for their actions. And the Workplace Accountability Survey said that 82% of respondents felt they had no way to hold other employees accountable for their actions. As far as project success goes, though, let’s look back at some of the reasons projects fail. Throughout the three lists I mentioned, we see some common trends: All of these go back to accountability. If you aren’t specifying responsibilities to individuals, then it So if you want to keep your projects and plans on track and moving towards success, implement a culture where accountability is expected.

Let’s look at some more of those reasons for failure from above: You know how you can help avoid some of these misunderstandings? By being more transparent. Ok. The actual planning process is something I could have talked about in a place that only mentions transparency as a tangent, but assuming you are going to sit down and actually create a plan before blindly acting, let me tell you how transparency helps your planning process. Transparency allows people to see what is going on and, perhaps more importantly, why it is going on. It lets various initiatives align across common strategic endeavors. If one department doesn’t know what is happening in the next and nobody but management knows what is planned for the next year, then how can anybody understand what they are doing or why they are doing it? Let’s say you estimate your project will take five months based off of your understanding of how fast workers can get through certain tasks. But maybe they, from being out there every day doing it, realize that it will either take them a lot longer than you guess or will cost more than you are expecting in order to do it in that timeframe. Opening your planning process helps you create a plan that can actually work – because it is utilizing everyone’s knowledge and insights (which also makes your employees feel more of an ownership with the project.) And, as Fan Bi said in Entrepreneur, protecting information from your employees only makes it more likely they won’t get the tools they need to do their jobs well. Not only will it help you decide the requirements you need to get the project done, it will also make it more likely everyone will be able to see – and point out – when something is off track. The more transparent everyone is, from the board to the individual worker, the more likely it is that you will catch a mistake early – and then you will be able to course correct with ease and aplomb. 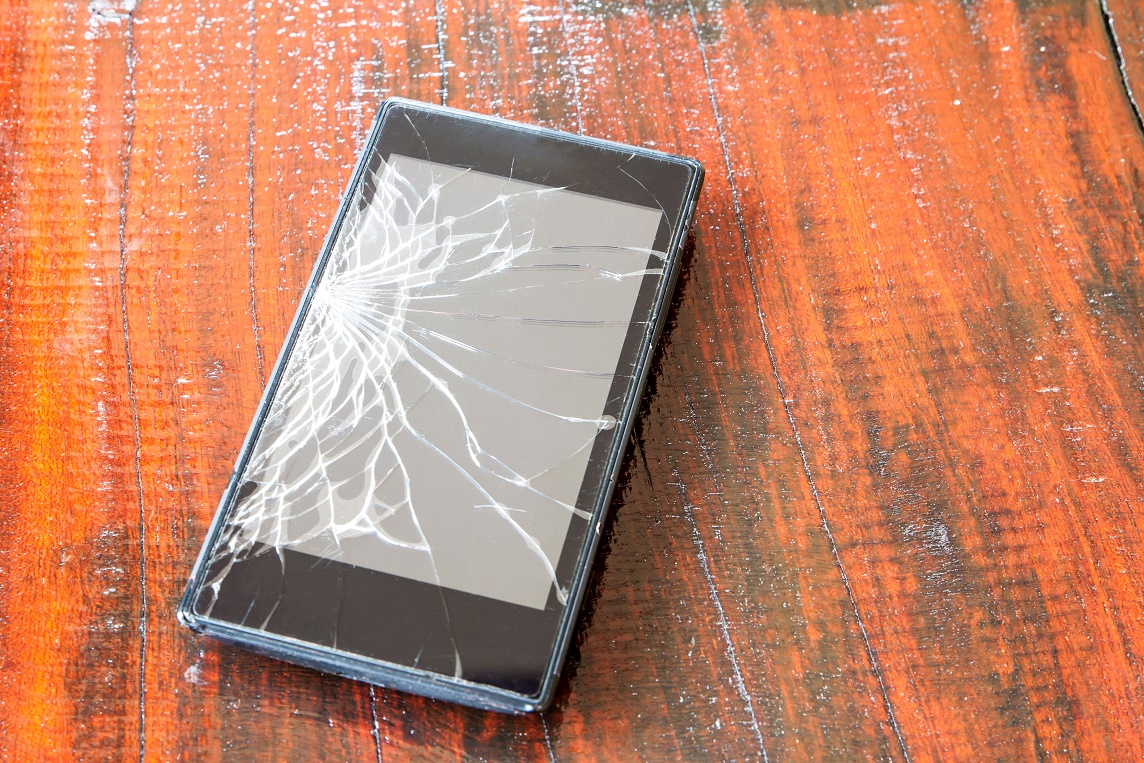 Look once more at the lists of reasons projects fail – poor communication is on all three. However, I fully agree with his sentiment. As he says, “When meetings become irregular, communication can become disjointed and you end up with not having everyone on the same page at the same time.” If you want to communicate properly, then it is vital to keep everyone on the same page. If this means holding a short meeting once a week, then just make sure you make smart use of those meetings. Face to face communication is the best, I do agree with that. However, communication doesn’t have to always be done through meetings. And guess what? A lot of these go back to accountability too. So you’re kind of killing two birds with one stone if you follow some of these. For more tips on better communication, check out Aaron Queen’s post on Effortless HR.

The last thing I mentioned from those lists of failure causes is a lack of tracking and monitoring. This one also goes back to failing to heed the warning signs. When you have a project or plan in place, make sure you know the purpose. Then, take those actionable purposes (e.g., increase sales by x percent, add a certain amount of clients by year’s end, etc.) and track them towards success. You aren’t going to go from nothing to completion overnight. So if you aren’t on track after two months to eventually get to that six months’ goal, then you want to figure that out sooner rather than later. That is why tracking and monitoring the right things is so important. But what does this have to do with misunderstandings? If a misunderstanding has occurred somewhere along the line, tracking and monitoring (then getting to the root of problem when it is found) will help you find it quickly and correct it. 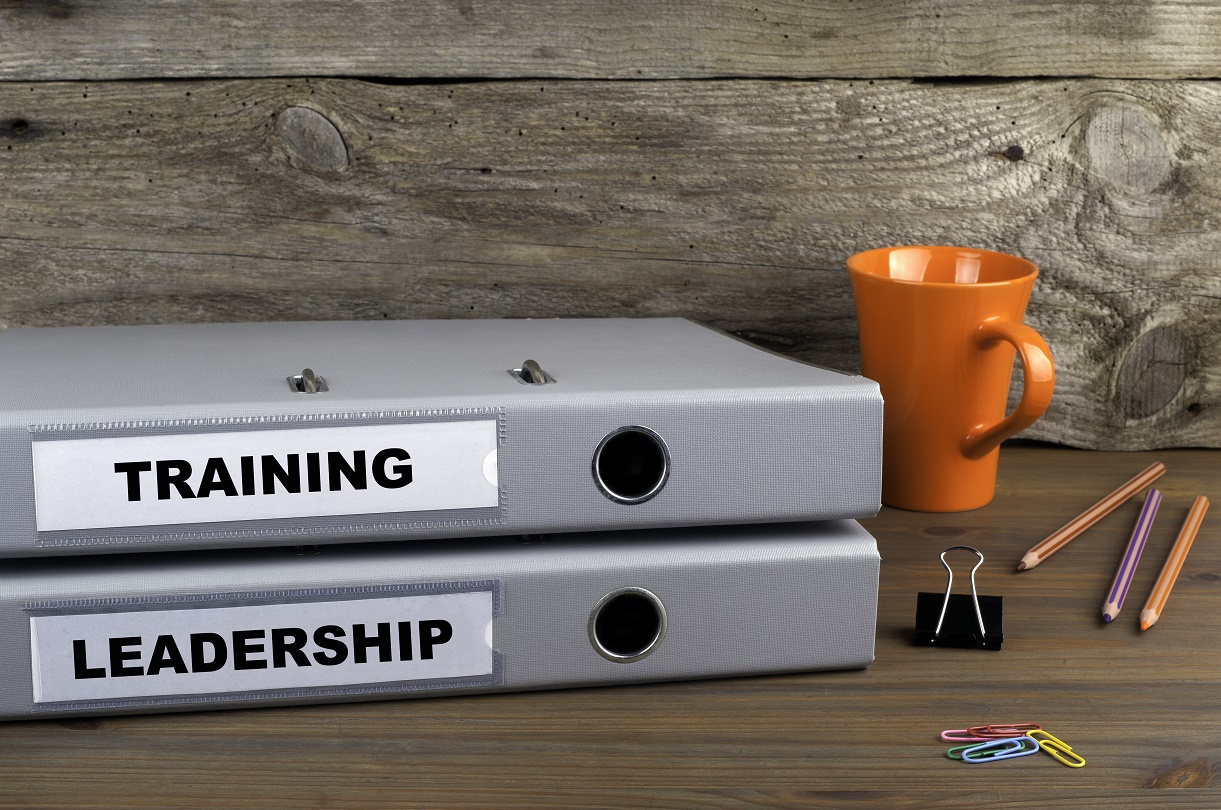 My final advice to you will help with every area I mentioned above as being causes of failure (plus some of the ones I didn’t even list): be a good leader. Strong leadership makes misunderstandings a lot less likely.

Mitigate Misunderstandings Before the Impact

At this point you are well aware of the impact misunderstandings can have on your business, and there are steps you can take to start bridging that gap.  This is where the power of the AchieveIt Execution Management Platform really shines. The solution is uniquely designed to: So if you want to stop being a Three’s Company and start getting results, then take a look around.
Categories