Good leaders look to the very best for tips in how to lead their companies to the highest places they can go. Often, the best tips can come from the very places you are already looking: your favorite sports team. It is a good time of year for sports fans – assuming that you like sports other than football. Game 4 of the NBA finals is tonight, and the race for the Stanley Cup is still going strong. Plus, baseball is nearing the All-Star Break, the 2016 Copa America Centenario is going on and the Summer Olympics is just around the corner. To celebrate all this athletic prowess and to help you figure out some leadership traits, we are going to look at seven lessons from coaches and managers that you should use if you want to be a great leader.

Lesson 1: The fear of change is crippling. 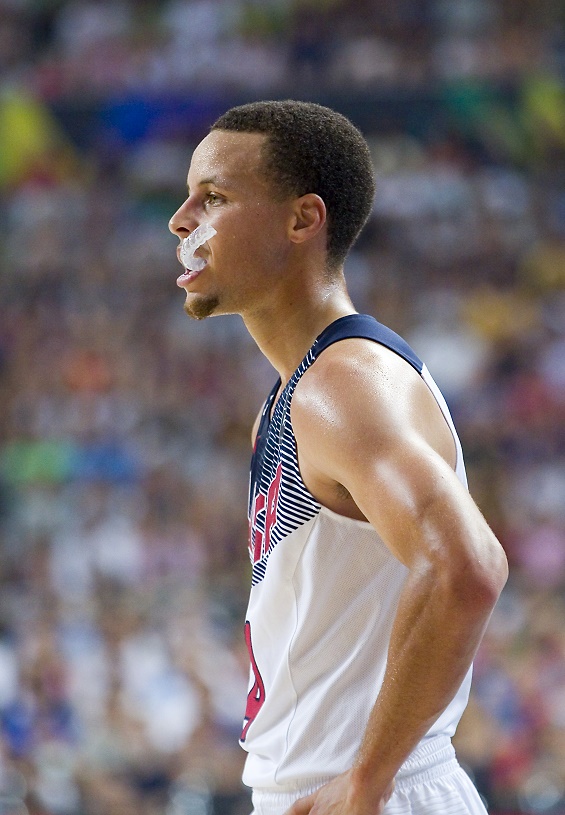 Do you know why a professional sports team can go from worst in the league one season to reigning champs the next? Because they aren’t afraid of change. If something isn’t working, a good coach or manager isn’t going to shrug and hope it gets better. They are going to do something about it. Take the current defending NBA champions – the Golden State Warriors. A few years ago, saying they weren’t doing well would be an understatement. In fact, in the 2011-2012 season, they were 23-43. In the 2012-2013 season, they were 47-35. In the 2013-2014 season, the team came away with a 51-31 record. They were slowly moving up, but they weren’t seeing the results that they wanted in the manner that they wanted. So, they made some changes. And, in the 2014-2015 season, they set a franchise record for wins when they went 67-15. They then won the championship. And, not only are they going for a repeat this year, but when they went 73-9 this season, they set an NBA record for wins. Change can be hard, and it can be difficult. However, if you ever want to get from being the Golden State Warriors circa 2012 to the Golden State Warriors now, then you need to recognize the importance of change and take the steps to accomplish it.

When you are managing the best of the best, then you have to be aware that they know what they are doing. In fact, a lot of times, they probably know more than you. They are the star, and you are there to guide them. So why do these amazing athletes even need coaches to begin with? Outside of some adjustments here or there, it is certainly not to tell them how to play. A good coach or manager knows that their job is to lead and guide. While for you it is a little different, you can take lessons from these coaches and managers. 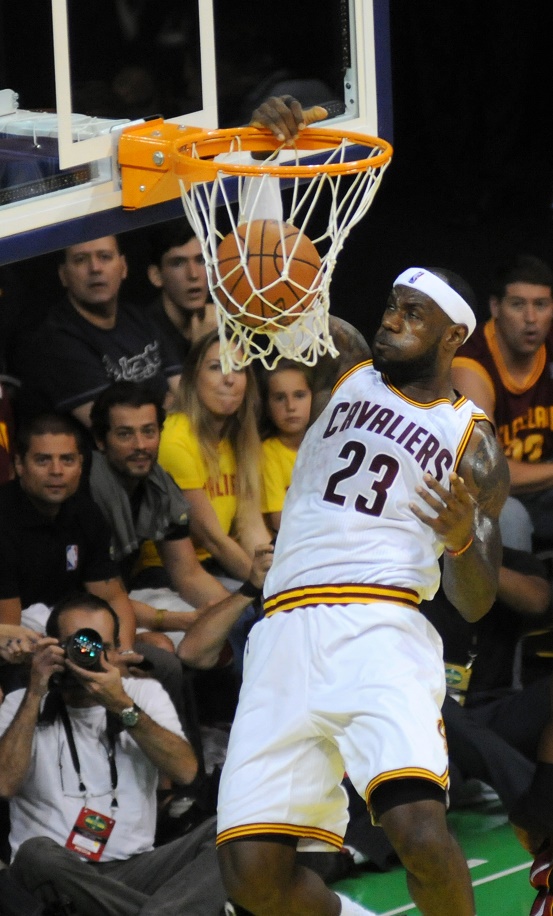 No, you might not have LeBron James, who will probably always be better than any coach he ever has. However, if you did your due diligence when you hired your team, then you’ve got a group of people who know what they are doing. So let them do it, and start seeing incredible results. There are many ways that you can monitor and track your employees without over monitoring and tracking. So help guide them towards the company’s strategic missions, but don’t feel you have to hold their hand or carry them towards that ultimate goal.

Hockey and basketball might be winding up, but baseball season is in full force. At the mid-point of the season, the MLB, like other leagues, takes a break and honors the best of the best for that season with an All-Star Game. It is a chance to see a team made up of all fans’ favorite players, of course, but it is also an honor to the players. Taking into account fan votes, along with choices by their fellow players, coaches and managers, just being able to call yourself an all-star is a big deal. People like to feel appreciated. 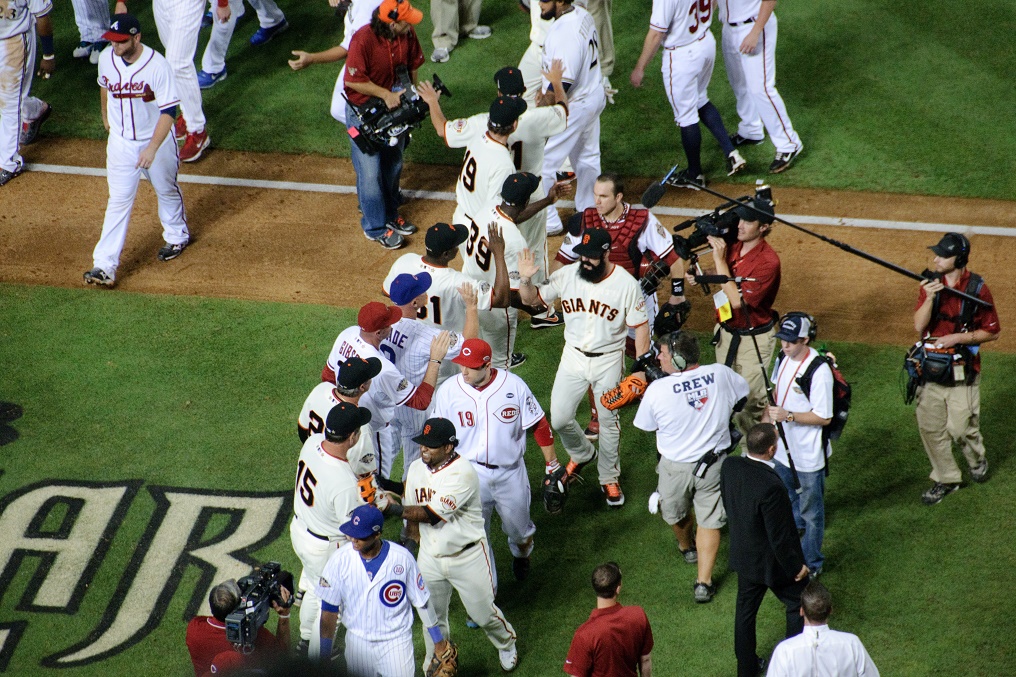 That is why it is a good idea for you to have your own “all-star” game at some point throughout the work day, week, month or year. Not literally a game, of course, but some type of recognition program, even if it is as simple as making sure to say good job. This is not just for your employees. Showing employee appreciation helps your company too. Look at these stats from The Undercover Recruiter: A good leader knows what employees are doing and, thus, is able to recognize when they are doing something great. When it is noticed, it should be rewarded.

A good coach helps everyone on the team recognize that they are there for a common purpose. They also help the team see just how each individual effects that mission and vision. With professional sports, figuring out a common mission and vision is pretty simple. Mission – to be the best [fill in the blank sport here] team. Vision ­– to prove that mission and bring it to fulfillment by winning the championship for that sport. 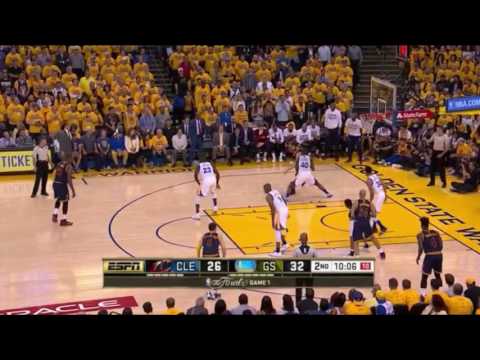 While your mission and vision are likely more nuanced, the ultimate idea is probably the same: You want to be the best in the industry, and you want to reach some far-reaching goal in order to accomplish that mission. And your job as the leader is to show everyone why they want to get on board with your mission and vision and how their individual roles will help get you there. You do this by

When an announcer is doing color commentary, they need things to say to fill the time. That is why you hear stats about everything. You might learn about how this is the first time someone has pitched on a Thursday after eating pizza on a Tuesday when they won their last five games before that. Or, perhaps this is the first touchdown someone has gotten in 52 years after having sung the national anthem before the game. Or maybe you’ll even hear crazier stats and stories than the ones I just made up. I guarantee you, though, that while you are hearing those trivial statements, the players aren’t being bombarded with them. When a coach is preparing their team before a big game, they are looking at the numbers, but they are looking at the numbers that matter. The players go into these games fully prepared with the knowledge they actually need. A good leader knows this and uses it to their advantage. Figuring out the right things to track helps you achieve your goals in a much easier fashion.

Lesson 6: Create a culture of accountability.

A good leader is not afraid of their star power. If the star misbehaves, starts playing subpar or has a potential injury, they sometimes get benched. Or perhaps using those appropriate metrics from above, the coach just figures out that, historically, that star player is just not as effective against the team they are playing that night. Whatever the reason, you see it fairly frequently. Take Steph Curry in game 2 of the NBA finals the other night. He is probably the person on the Warriors that you have heard of if you have never heard of anyone else. Yet, in this mega game, he only played 24 minutes. Coaches and leaders have to make hard decisions everyday about who is playing, what position they will be in, and how much playing time a player will get. You might have three guys on the team that all consider themselves center fielders, but you only get to play one center fielder at a time. So you have to make your decision wisely. A good leader will not do this arbitrarily.

Lesson 7: Plan and execute (but be flexible).

A good coach never goes into a game without a plan. They have considered everything: Using that information, they draft a plan that should help them get the win. However, a good coach also knows two very important facts about their plan: If their plan didn’t need to be executed, then it didn’t need to be created in the first place. Without execution, it is just a bunch of x’s and o’s on a piece of paper. If plans didn’t need to be flexible, then every pitcher would make it the exact number of innings that they were scheduled to go and quarterbacks would never be sacked. However, since pitchers sometimes have bad games and the other team sometimes outsmart our best laid plans, coaches have to be flexible. If you want to be a good leader, then you need to be flexible too. It is estimated that some 60% of strategies are never executed. That is a lot of wasted time and money on things you want done but have no intention of actually doing. So if you want to be a good leader, then you need to start following through on those great plans you are creating, and start executing. However, as you monitor and measure the execution of those plans, you need to make sure you stay agile. When something isn’t working, go back to point one on this list: change is okay, and it could be the thing that leads you to greatness. So be flexible while you are executing.

Making the Hall of Fame

Just like the players, good coaches make the Hall of Fames for their sports for their accomplishments. You might not have an official Hall of Fame for your industry, but that doesn’t stop you from wanting to be a great leader. If you want to bring your team from where you are now to where you actually want to be – and start achieving actionable results on all of your business objectives, then sign up for a demo of the AchieveIt Execution Management Software today.